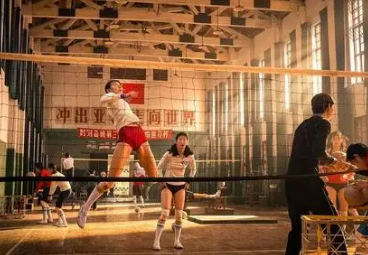 Chinese women’s volleyball team once achieved great honor in the last century, their spirit of never giving up inspired so many people. But during the last decade, as the old volleyball players retired and the new ones were not stronger enough, the team met difficulty. While winning an important match announced their return.

Last night, Chinese women’s volleyball team had an very impotant match against Brazil team in the Rio olympic games. The hope to win was very very little, because Brazil team was such strong, they were the champion of last two olympic games and Chinese team only won one match for the last 18 records. What’s more, almost all the audiences supported Brazil team.

It seemed to win the match was not possible for the Chinese team, but the girls were very strong and insistented to fight for the last mimute. Even they lost the first game, they never gave up. Especially for the last two point, they were so brave and finally won the match.

This is the spirit of women’s volleyball team, we saw these girls fight for the last minute, they are the best team.

In our country, everybody is proud of Women’s Volleyball team. In the 1980s, they had won the world championships five times, which helped the team become the symbol of strong will. But no one can win all the time, since 2004, the team had met the setback and 11 years later, the new team won the championship again. What an inspiring story.

The women’s volleyball team is favored by everyone. In the TV, their matches will be showed, people will watch and yell for them. My parents told me that their idols were the women’s volleyball players, because they were moved by their tough spirit. I have witnessed these girls at the top and then started to fall, now they have come to the top again. They never give up

In last 11 years, the women’s volleyball team had experienced the bad time. They were in the turning period, the old players retired and the new players were not strong enough. Though these girls did not play well, they practiced hard and finally come to the top again. I am so moved, they deserve the biggest applause.

It all began in June, 1976, when the new China National Women's Volleyball Team was formed. It wasn't easy, as the world of volleyball was dominated either by the Western teams which were characterized by their power and height, or by the more versatile Eastern teams (e.g. Japan) which are know for their speed and skill.

But the new team had two features that became important for their later success： Hope and a good coach. Yue Wai Man, 37 at that time, was named the head coach of the team. His unique vision made him realize to be one of the best, you have to learn what makes them the best. Therefore, a unique style combining speed, height, power and skill was developed.

Being the best of Asia was only the first step. Our beloved Chinese ladies knew full well what has been waiting for them next.

I really hope our Chinese Women Volleyball Team can win the gold again.